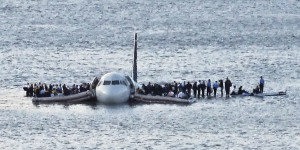 Dear fellow nomads, I am sorry that I have been not paying attention to this blog enough and I know I have more than a few people actually following me. So let me first off say thank you so much for all your emails and comments this past few months. I am grateful for everyone!

I have been meaning to post about the MBNA alaska airlines card, so if you have not gotten into this card you should as it has some awesome potential.

I am back in Winnipeg today from a long and fruitful trip around the states and feeling its time I should write a post about something that we all should consider this winter travel season. The traveling public seem to discount the role safety and passengers play in our modern airline world, ignoring the concept that if or when something bad happens we won’t have any control on the outcome. And Canadians feel as if they’re immune to tragic events.

In las Vegas recently a British Airways engine fire sent alarm bells off for me as I watched on CNN as passengers carrying large pieces of luggage walked away from the plane. YOU during an emergency evacuation took the time to open the overhead compartment and get your stupid bag? What about everyone else on the plane who wants off the plane?

I might take my backpack in a completely almost involuntary reactionary way, but my bag stays in the burning aircraft and so should yours. This is precious seconds wasted, when your aircrew actually initiates an evaluation it should be taken seriously; there could be a fire or something you are unaware of.

Also it was mentioned in a news report that one passenger was given a pair of shoes as his was on the aircraft and others had on flip flops.

Critical phases of flight are takeoff, landing and anything below 10,000 feet. Having your shoes on for example and being prepared to walk off that aircraft would be a smart decision. The hot sun beating on the black tarmac of the Las Vegas airport would make it uncomfortable to run away from a burning aircraft in socks or bare feet. Also the inverse would apply to the Air Canada crash landing at Halifax this year, loaded full of people in flip flops and t-shirts all of the sudden in a foot of snow and frost bit. Being prepared even just a little goes a long way, like keeping your shoes on during critical phases of flight or at least having shoes and a small jacket.

Airline aircraft evacuation speeds have for years been required to be demonstrated within 90 seconds; a number birthed from the Air Canada Flight 797 accident in 1983 that pushed evacuation standards on the industry. Had the crew in this case been trained to evacuate within 90 seconds the event would have never been taken as serious, but within ninety seconds after the plane landed and the doors were opened, the heat of the fire and fresh oxygen from the open exit doors created flashover conditions, and the plane’s interior immediately became engulfed in flames, killing 23 passengers who had yet to evacuate the aircraft.

If you have been reading this and you’re a nervous flyer; I’m sorry if i have alarmed you. In all my flights I have never experienced anything and most people never will. But this is not an excuse to be completely unprepared and unaware. The British Airways fire in Las Vegas is a brilliant example of a perfectly prepared and executed engine fire procedure by the professional pilots and crew involved. Pilots have trained and prepared their entire career to make sure they do everything right, why not give them the courtesy of at least keeping your shoes on and being prepared even just a little bit.

So being a little prepared, aware and understanding boyscout could save your life.